Thutmose is no dessert as his reign lasted for 54 years. That unified Egypt leaving behind wonderful statues.

The statue is of an exceptionally high standard and has a soft quality that makes it seem very human. He is standing with his left foot forward and is holding symbols of authority.  He is wearing the Nemes head-dress and it has a Uraeus and royal beard.  He is also wearing a kilt, and a belt with his name in a cartouche.  The face portrays Thutmose as ‘eternally young’.

The Karnak Cachette is the largest ever find of statues dating from Early Dynastic to the Greco-Roman period. Georges Legrain, working under the supervision of Gaston Maspero unearthed the Cachette in 1904 by chance in the Courtyard of the Karnak temple at Luxor (ancient Thebes). the finds included the famous statue Tutankhamun as the god Khonsu.

The statue was found in the Karnak cachette in 1904. Thutmose III who reigned ca. 1479-1425 BC became a local world power because of his foreign campaigns. Called the Napoleon of Egypt. Now in the Luxor Museum.

4. Dragging a Statue of Thutmose

Painted in Luxor by Norman de Garis Davies for the Graphic Section of the Museum’s Egyptian Expedition, 1911. Brought to the Museum and accessioned 1915. His march to Gaza to conquer the city of Megiddo was marked by an unexpected decision to take a treacherous and unlikely approach through a narrow path over the mountains. The city of Megiddo was defeated. The taking of Megiddo was important for Egypt’s economy. Without Megiddo’s open trade routes, Egypt could not flourish. The great king’s army of about 15,000 men stopped the uprising in this area and expanded Egypt to an extent it had never known before. 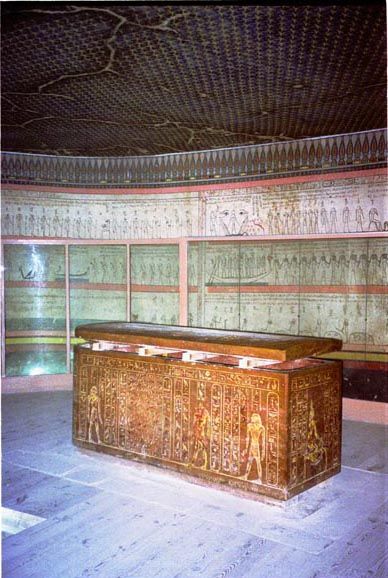 The Tomb of Thutmose I is built on the bottom of the cliff face and consists of chambers and corridors. It was believed to have been built by Thutmose III for the reburial of his grandfather Thutmose I (Click the link for the Tomb of Hatshepsut and Thutmose I ). All items of decoration have been removed and can be found in the Cairo Museum. 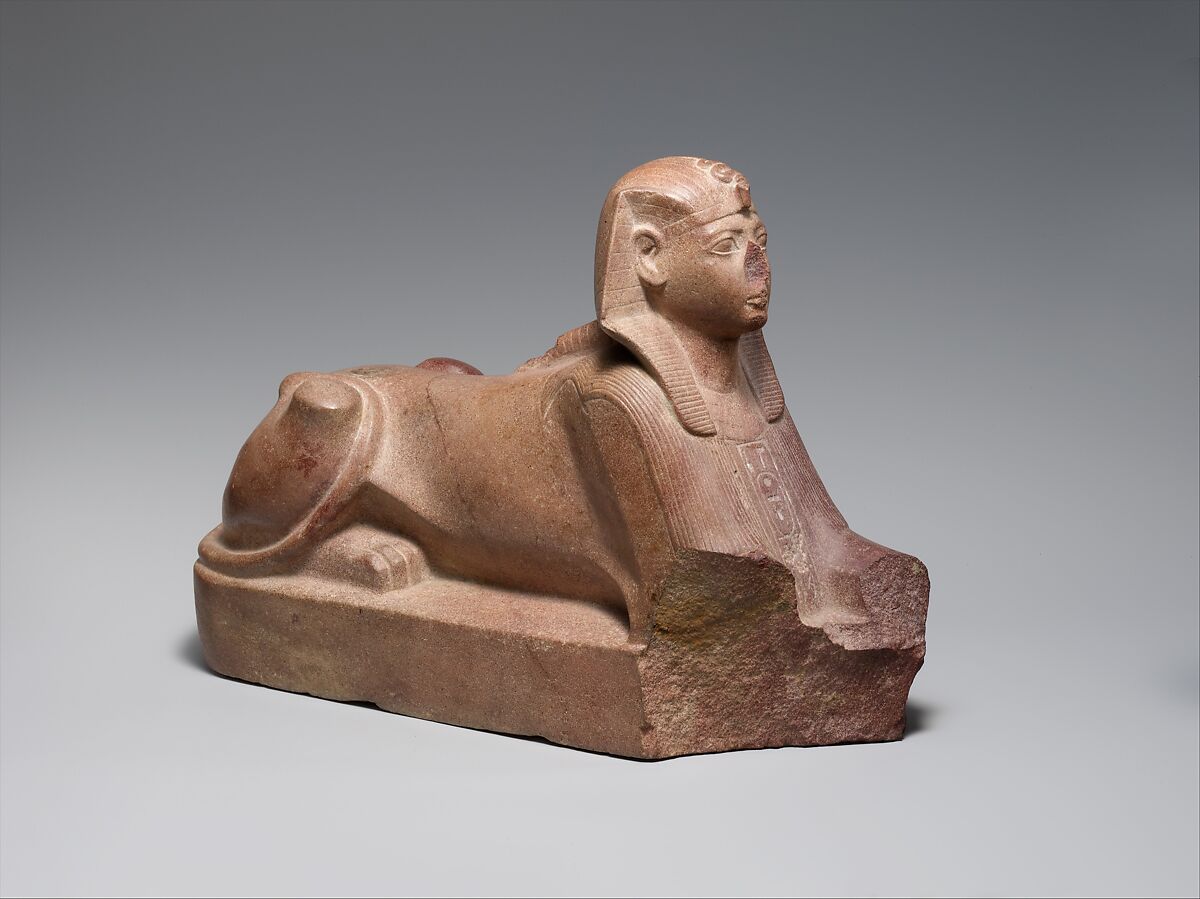 This finely executed representation of Thutmose III is made of extremely hard stone. The transition between the head of the king and the powerful feline body has been masked by the names headdress and the stylized lion’s mane which forms a bib-like panel on the chest. A short column of inscription running down the chest identifies the king as “the Good God Menkheperre, beloved of [Amun].” The name of the god Amun was erased later in Dynasty 18 during the reign of Akhenaten and was never restored. The Museum’s Egyptian collection also includes sphinxes representing Thutmose’s co-ruler Hatshsepsut (31.3.166), his son Amenhotep II (30.8.72), and his great-grandson Amenhotep III (1972.125).

9. Ring with a mouse of Thutmose Reign 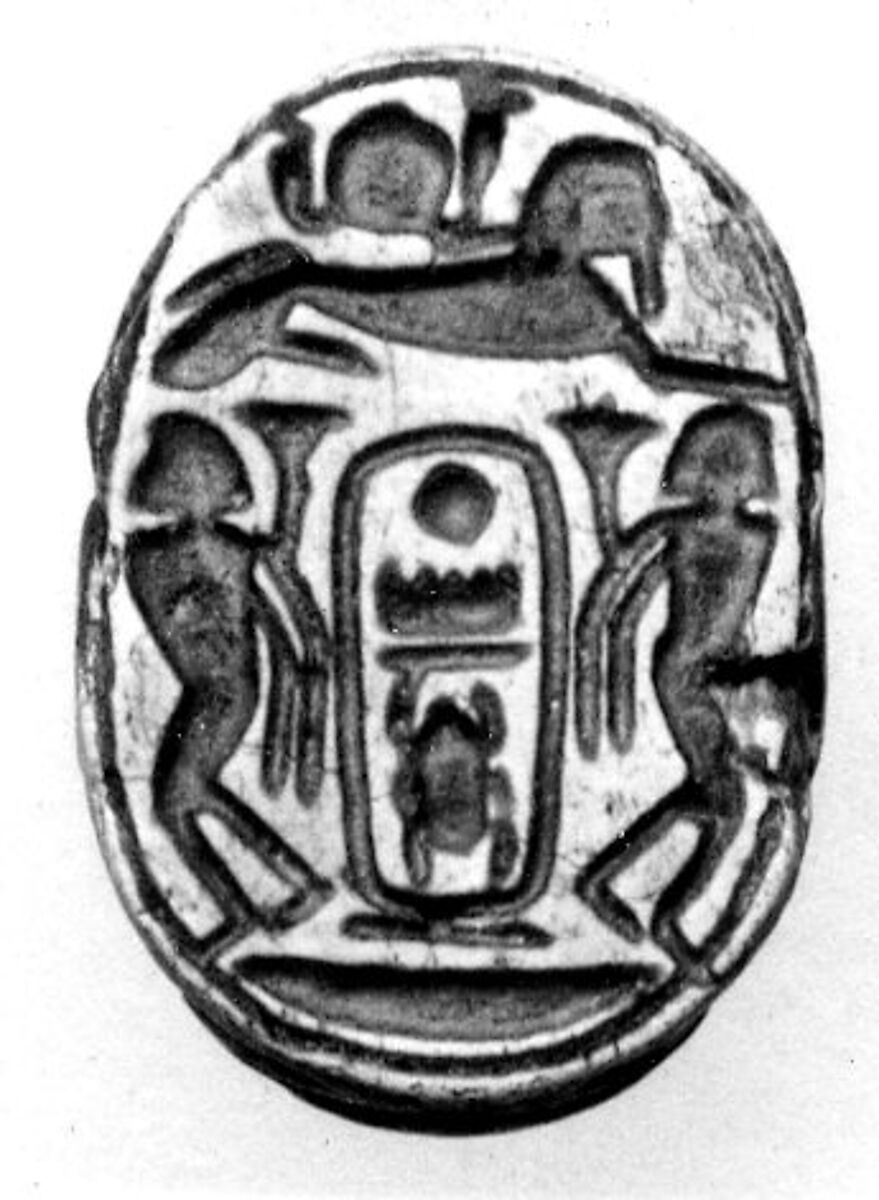 Large green steatite scarab with naturalistic back type and cartouche of Thutmose III on base. 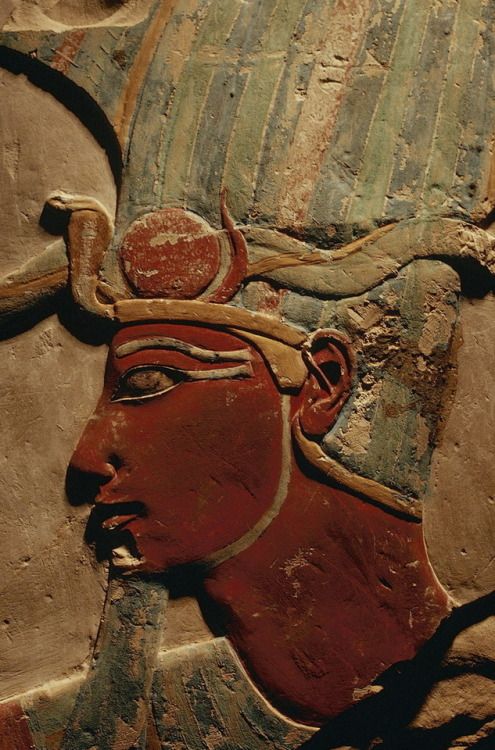 Polychrome relief of the warrior king Thutmose III (1479-1425 BC) wearing the Atef crown and false beard, from Deir el-Bahari. Now in the Luxor Museum.

The obelisk was erected during the 18th dynasty by Pharaoh Thutmose III (1479–1425 BC), to the south of the seventh pylon of the great temple of Karnak. The Roman emperor Constantius II (337–361 AD) had it and another obelisk transported along the river Nileto Alexandria to commemorate his ventennalia or 20 years on the throne in 357. The other obelisk was erected on the spina of the Circus Maximus in Rome in the autumn of that year, and is today known as the Lateran Obelisk, whilst the obelisk that would become the obelisk of Theodosius remained in Alexandria until 390, when Theodosius I (379–395 AD) had it transported to Constantinople and put up on the spina of the Hippodrome there.[1] The Battle of Megiddo is the first battle that was recorded in detail and for posterity. Pharaoh Thutmose III’s military scribe inscribed it in hieroglyphs at Thutmose’s temple at Karnak, Thebes (now Luxor). Not only is this the first extant, detailed battle description, but it is the first written reference to the religiously important Megiddo: Megiddo is also known as Armageddon.