The most useful tomb for understanding the sophistication of Egyptian artwork. That surrounded itself with this NINE-year-old king.

Tutankhamun’s sarcophagus (a box-like stone container) held not one but three coffins in which to hold the body of the king. The outer two coffins were crafted in wood and covered in gold along with many semiprecious stones, such as lapis lazuli and turquoise. The inner coffin, however, was made of solid gold. When Howard Carter first came upon this coffin, it was not the shiny golden image we see in the Egyptian museum today (below). In his excavation notes, Carter states, it was “covered with a thick black pitch-like layer which extended from the hands down to the ankles (top image). This was obviously an anointing liquid which had been poured over the coffin during the burial ceremony and in great quantity (some two buckets full).”[2]
Image From: khanacademy
2. Gold Dagger

Gold dagger, from the tomb of King Tutankhamun, Carter # 256dd; 31.9 cm; blade 20.1 cm; Egyptian Museum, Cairo. Two similar daggers were found in Tutankhamun’s tomb, one with a gold blade (in image 26) and the other with an iron blade. Gold daggers were reserved for the nobility, but bronze or copper daggers were used from the Old Kingdom on in Egypt 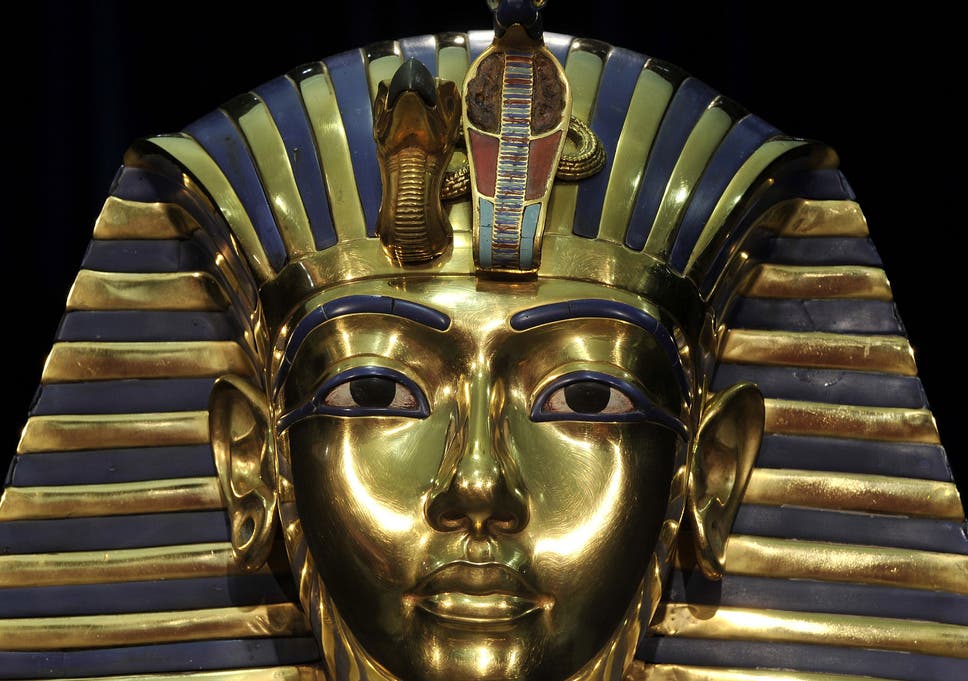 The world’s most famous mummy – ancient Egyptian pharaoh Tutankhamun – was buried with his penis stood up at a 90-degree angle in order to help quash a religious revolution started by his father, a new study suggests.

FOR decades the mummified penis of Tutankhamun has been shrouded in mystery … especially when it mysteriously “vanished” for a number of decades … only to be found amongst the dust and detritus between his legs a few years ago.

Pharaoh Tutankhamun died aged only 19. The shrines enclosing the stone sarcophagus where his coffin was placed were fitted into the burial chamber inside his tomb. The other chambers were filled with goods and treasures that the pharaoh might need in the Afterlife. It was intended, of course, for the pharaoh’s mummy to lie inside his tomb forever. But the abundance of gold and jewelry would usually attract robbers—probably within only a few years of the pharaoh’s burial. But, incredibly, after two early break-ins, during which few treasures were stolen, Tutankhamun’s tomb remained undisturbed for more than 3000 years until it was discovered in 1922. Inside the tomb were statues, furniture, jewelry, and many other precious items left exactly as they had been placed all those centuries before. 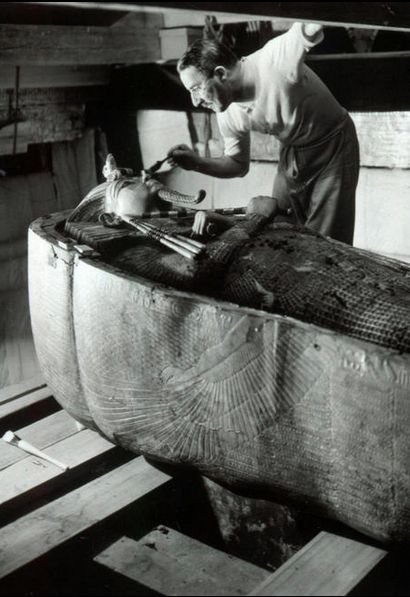 8. The Golden Throne of Tutankhamun 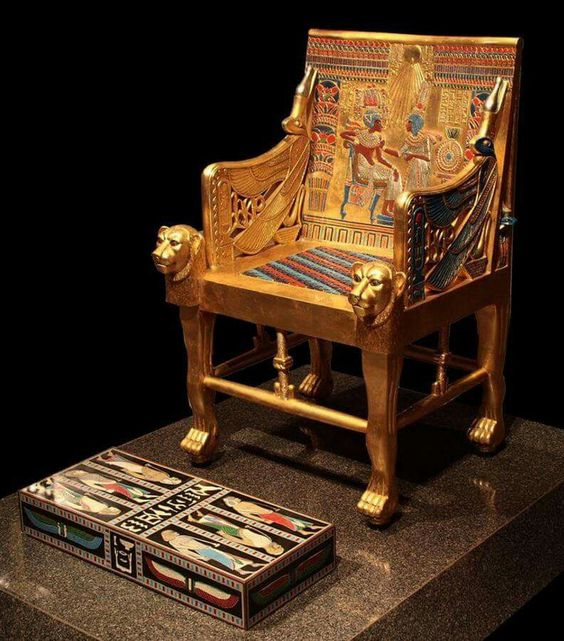 The throne is a chair with a rich finishing, used by monarchs and rulers on gala receptions and official ceremonies. The word “throne” has Latin and Greek roots: thronus – “throne” in Latin, thronos – “armchair, high seat chair” in Greek.

Before attempting to enter the burial chamber, it was necessary for Carter and his men to clear the antechamber of all its contents. But first, everything was photographed to show exactly how it was when it was discovered. Clearing the antechamber was not easy, as many objects were badly decayed. Some had to be treated on the spot; otherwise, they would have crumbled to dust. For instance, there were some sandals made of beads where the thread had rotted away completely.
Image From: bmasry2
10. Colossal Statue 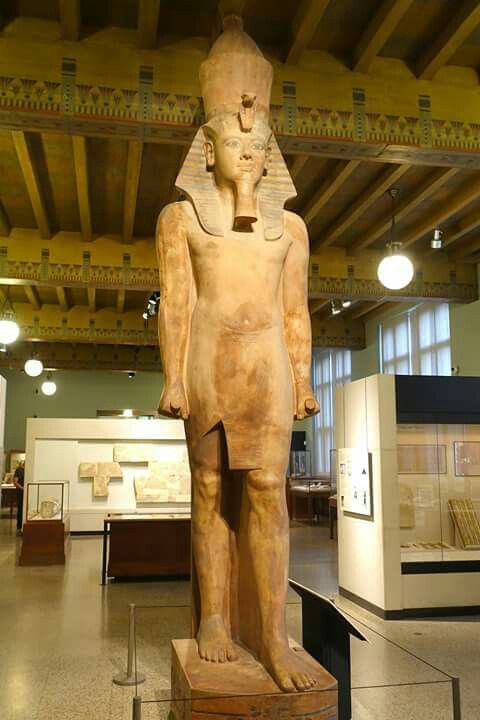 At over five meters in height, this striking ancient Egyptian statue is the tallest Egyptian statue in the Western Hemisphere. One of a pair of identical statues, this one is on display in the Oriental Institute Museum of the University of Chicago, while its better-preserved twin is in the National Museum in Cairo. The two statues were excavated from a temple on the West Bank of Luxor, near the temple of Medinet Habu, by archaeologists from the Oriental Institute in 1930. 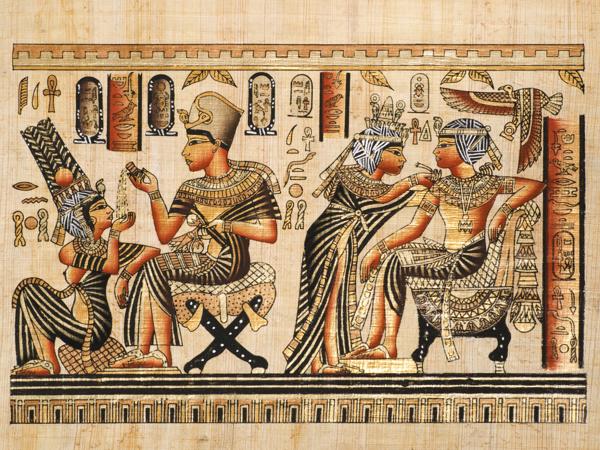 King Tut is believed to have been married to his half-sister, Ankhesenpaaten. After marriage, her name was changed to Ankhesenamun. The queen is said to be the daughter of Akhenaten (Amenhotep IV) and his queen Nefertiti. King Tut is the son of Akhenetan and one of his lesser-known wives.

12. Open the door of innermost shrine

In 1907, Egyptologist and archaeologist Howard Carter was hired by George Herbert, the 5th Earl of Carnarvon to oversee excavations in Egypt’s Valley of the Kings. Carter had built a reputation for scrupulously recording and preserving discoveries.

Tutankhamun as a sphinx stomping on the heads of his enemies; a Nubian & Asiatic (west Asian/middle eastern). 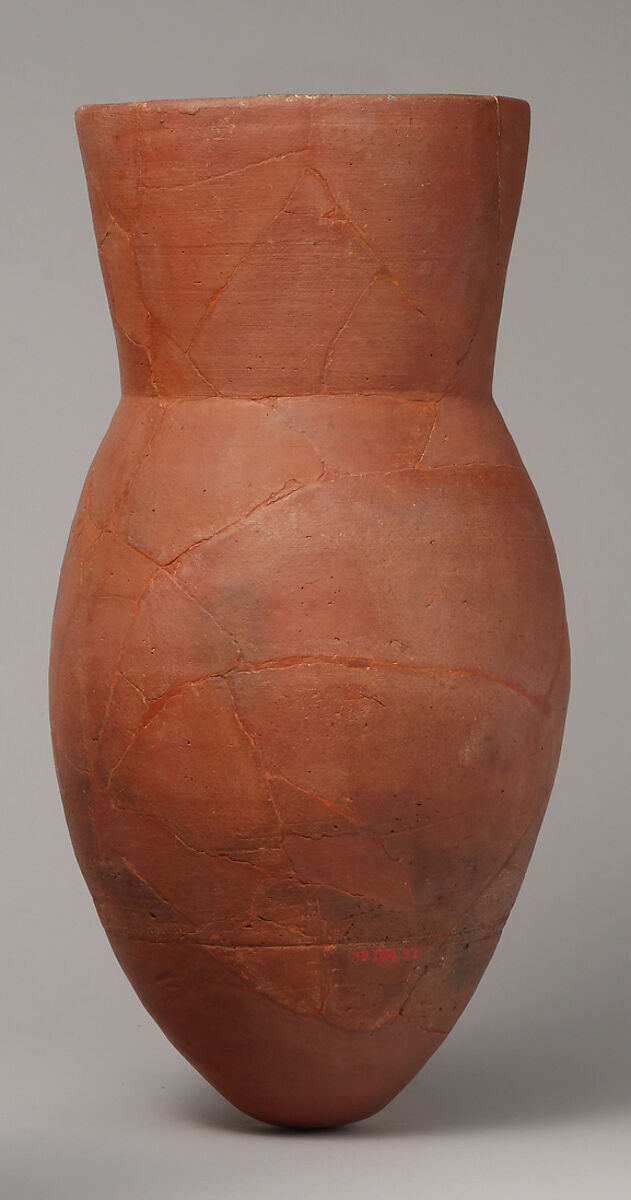 Excavated by Theodore M. Davis in the Valley of the Kings (KV 54), 1907. Received by Davis in the division of finds. Given by Davis to the Metropolitan Museum of Art, 1909.
Image from: metmuseum