The Mesopotamian king that left no trail of his life to follow. 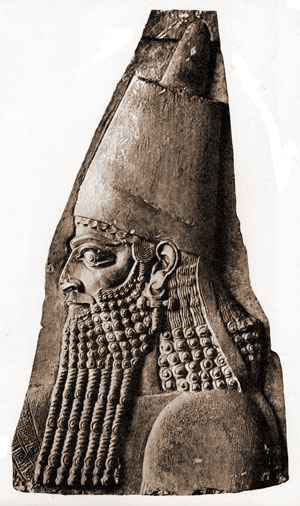 The revolt of Israel against Assyria during the days of King Hoshea, last king of Israel, brought on a siege by the Assyrians (1 Kings 17). The siege was led by Shalmaneser V, King of Assyria (there is no known relief depiction of Shalmaneser V). During the siege, he died. Sargon II replaced Shalmanezer V as King of Assyria, who finished the siege and sacked Samaria.

Sargon was beset with widespread rebellions by the beginning of his rule. Marduk-apla-iddina II, a chieftain of the Chaldean tribes in the marshes of the south, declared himself king of Babylon and was crowned king in 721 BC. In 720 BC, Sargon and Marduk-apla-iddina met in battle on the plains east of Babylon, near the city of Der. Marduk-apla-iddina was supported by the Elamite king Humban-Nikash I. The Elamite troops were able to push back the Assyrian army, and he retained control of the south and the title of king of Babylon.[4] The three kings concluded a treaty to stabilize their relationship, a détente that would last ten years.[6]

4. Horses near the palace 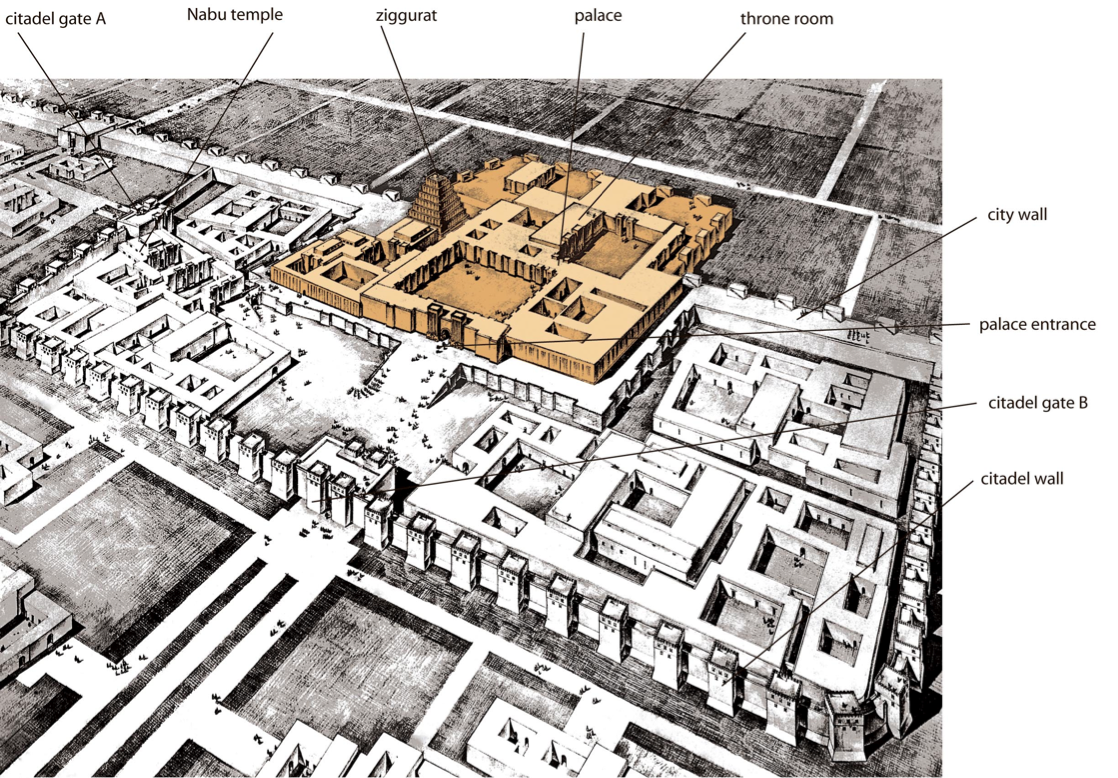 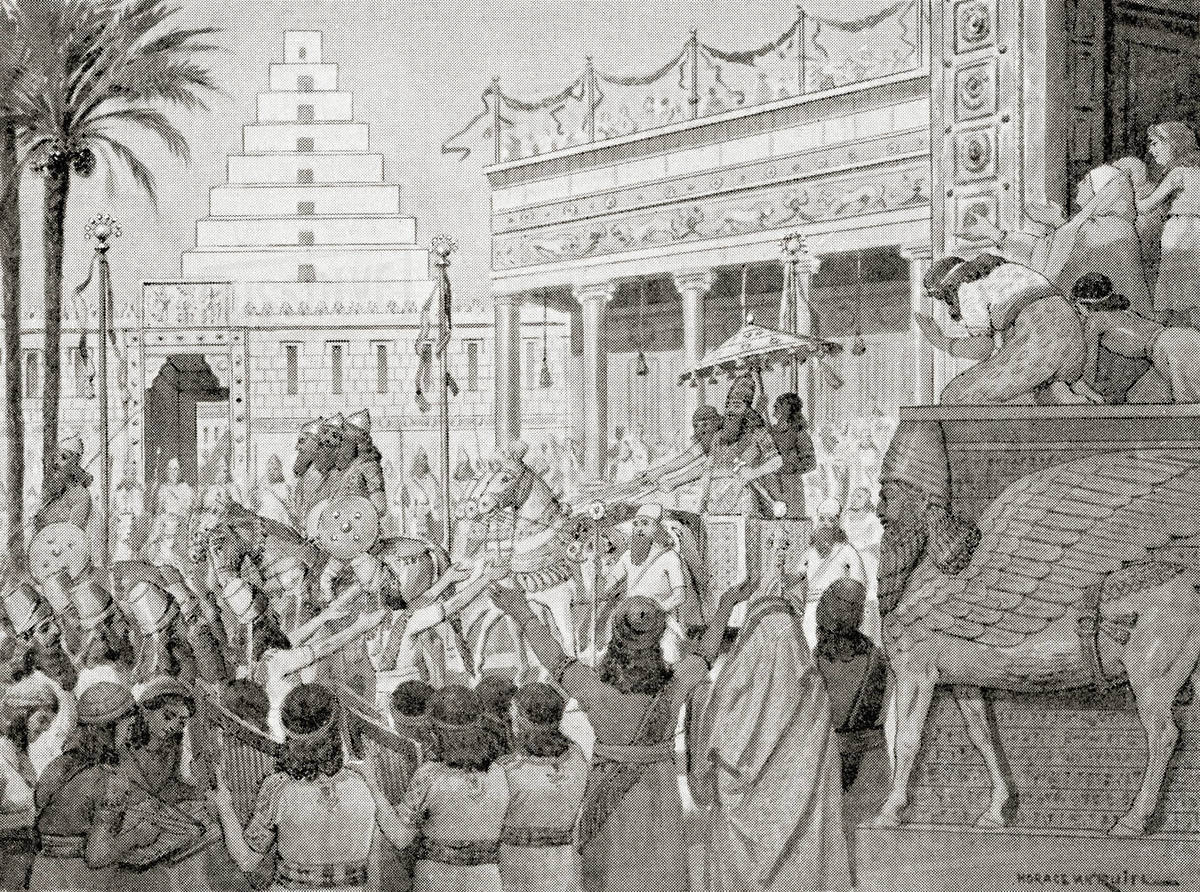 7. Gate of the Citadel of Sargon II

This striking, towering pair of lammasu was a further embodiment of the power of the Assyrian dynasty, meant to evoke fear and respect out of any visitor to the citadel. The works were not free-standing, but rather were carved out of the wall. This basalt stele was found in Bamboula, Kition (modern Laranca, Cyprus) in 1845 CE. The cuneiform inscriptions on the frontal side of the stele commemorate Sargon‘s victories against Medes, Babylon, Syria, and Urartu. The king worships in front of god symbols. Reign of Sargon II, 721-705 BCE. (The Pergamon Museum, Berlin). 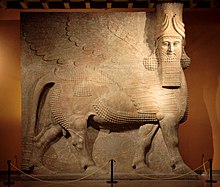 A lamassu (Cuneiform: 𒀭𒆗, an.kal; Sumerian: dlammař; Akkadian: lamassu; sometimes called a lamassus[1][2]) is an Assyrian protective deity, often depicted as having a human head, the body of a bull or a lion, and bird wings.[3] In some writings, it is portrayed to represent a female deity.[4] A less frequently used name is shedu (Cuneiform: 𒀭𒆘, an.kal×bad; Sumerian: dalad; Akkadian, šēdu; Hebrew: שד‬), which refers to the male counterpart of a lamassu.[5]Lammasu represent the zodiacs, parent-stars or constellations.[6][7]

10. Meeting in front of Digitaries 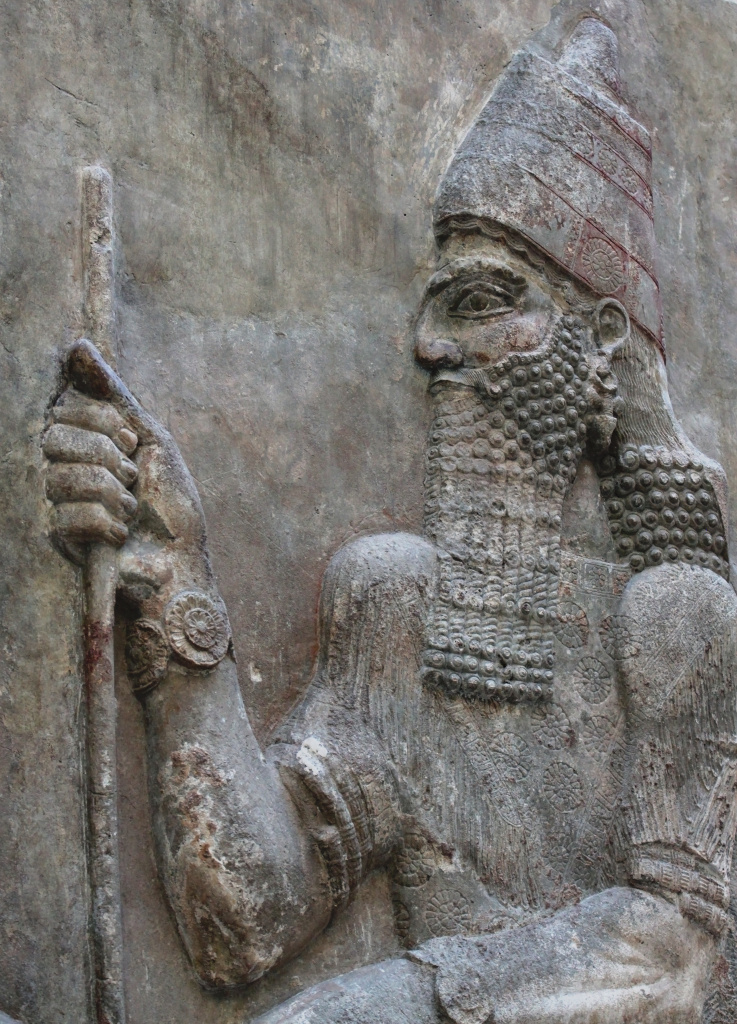 A carving of King Sargon II representing him in front of a dignitary, v. 716-713 BC. From the Louvre, Oriental Antiquities, room 4. 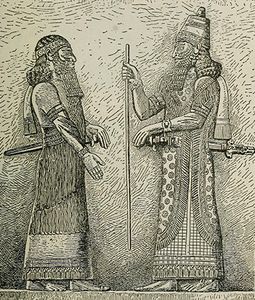 Sargon is the Hebrew rendering (Isaiah 20:1) of Assyrian Sharru-kin, a throne name meaning “the kingis legitimate.” The name was undoubtedly chosen in reminiscence of two former kings of Assyria, particularly in commemoration of Sargon of Akkad (flourished 2300 BCE).

Bronze head of a king, most likely Sargon of Akkad but possibly Naram-Sin. Unearthed in Nineveh (now in Iraq), Akkadian period, c. 2300 BC. Museum, Baghdad