Zeus and the story of Sisyphus

We can’t imagine Sisyphus unhappy, for we are all pushing boulders up mountains, that we know will fall.

The story of Sisyphus is first re-told in Homer’s Odyssey, book 6 in the year 750 BC. one in which a man, tries to outsmart the ancient Greek gods. Getting one of the most unique punishments for it. 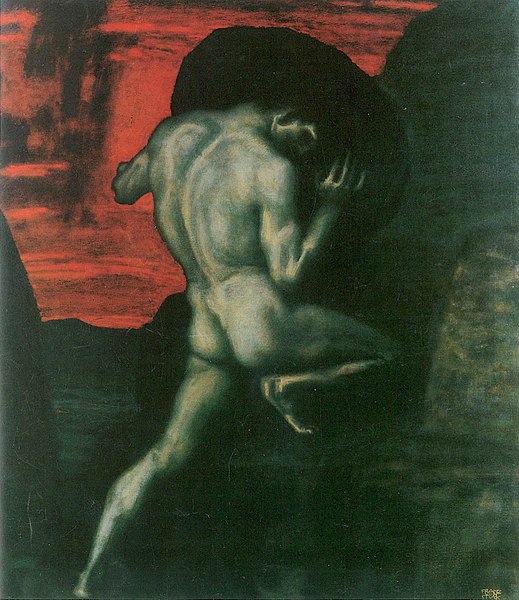 The story of Sisyphus is a natural lie, told by elders, through generations, thanks to Homer’s writing of Greeks. Giving them a fear of ending up the same way. A cautionary tale, of don’t jump off a bridge, because Sisyphus did the same, and had to go to the hospital.

Stories are how we learn as people, if you do XYZ, then 123 will happen to you. Now consequences and people change, but learning is the same. Who knows how much of our action takes a turn because of stories like these.

When we look at the story of Sisyphus, we must remember is that these people interacted with their gods. It was normal to have kings, be born from the god of water. Like Achilles son of the sea-nymph Thetis, and Peleus, king of the Myrmidons. Imagine a woman today saying Jesus bore her a child, and we all went “yeah” that makes sense. Of course, good for her, I wish my child could get into bed with him and became ruler of the land. It sounds crazy, but this is the ancient world and must have no skepticism.

Our education of other religions may always be impartial, but when I say Zeus, we all have some idea of who he was. A man, with a curly beard, big, strong, and there was something with lighting bolts. Lives on Mount Olympus, Hercules, might have been his son.

Now, this the basics we need to get started, because Zeus’s full history, is so long, and so complicated. In short, I would say that his full history is fascinating, and could take months or years to get his full story out. For now, it’s important to know that Zeus was a moral center for the ancient Greeks. Even those were not his children, would call him father. I’m quoting from the Homeric Hymns. Quote: “I will sing of Zeus, chiefest among the gods and greatest, all-seeing, the lord of all, the fulfiller who whispers words of wisdom to Themis as she sits leaning towards him. Be gracious, all-seeing Son of Cronos, most excellent and great!” A show of respect other gods wouldn’t give to everyone. Because of this fame, we have the most written about him, one of the reasons it would take so long to cover him.

Now, Zeus. Has got some rules, and ways in which he lives.

Looking at Greece’s modern economy we can see that one of their main industries, is tourism. Which isn’t surprising it is a beautiful place. White buildings overlooking beautiful beaches, instead of cold winter highlands, the judgment is not hard.

Now when I travel I like someone welcomes you at the door, invites you to dinner, makes you comfortable. So it’s not surprising that one of Greece’s most ancient gods was a patron of hospitality as well as, markets, and war.

Gods would test mortals, to make sure that they were practicing good manners. Called Theoxent (Thee-oak-ceny), rewarding mortals, or in the case of Sisyphus punishing them.

Sisyphus was born to Aeolus (E-O-Luhs), king of the modern-day Larissa in the north of Greece. What’s also of note is his father was Hellen, no not Hellen of Troy. Hellen is the mythological patriarch of Greece’s people. Sometimes called the Hellenic people that is from Sisyphus grandfather. 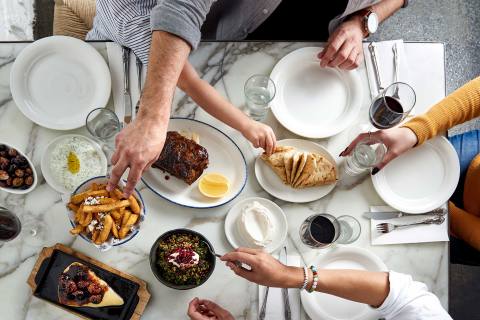 Unfortunately, we do not know much about Sisyphus’s childhood. We do know that Sisyphus left home and went to modern-day Corinth. Becoming the first king of the area, and set up trading routes, and increased commerce. Even if it was through greed and an iron fist. 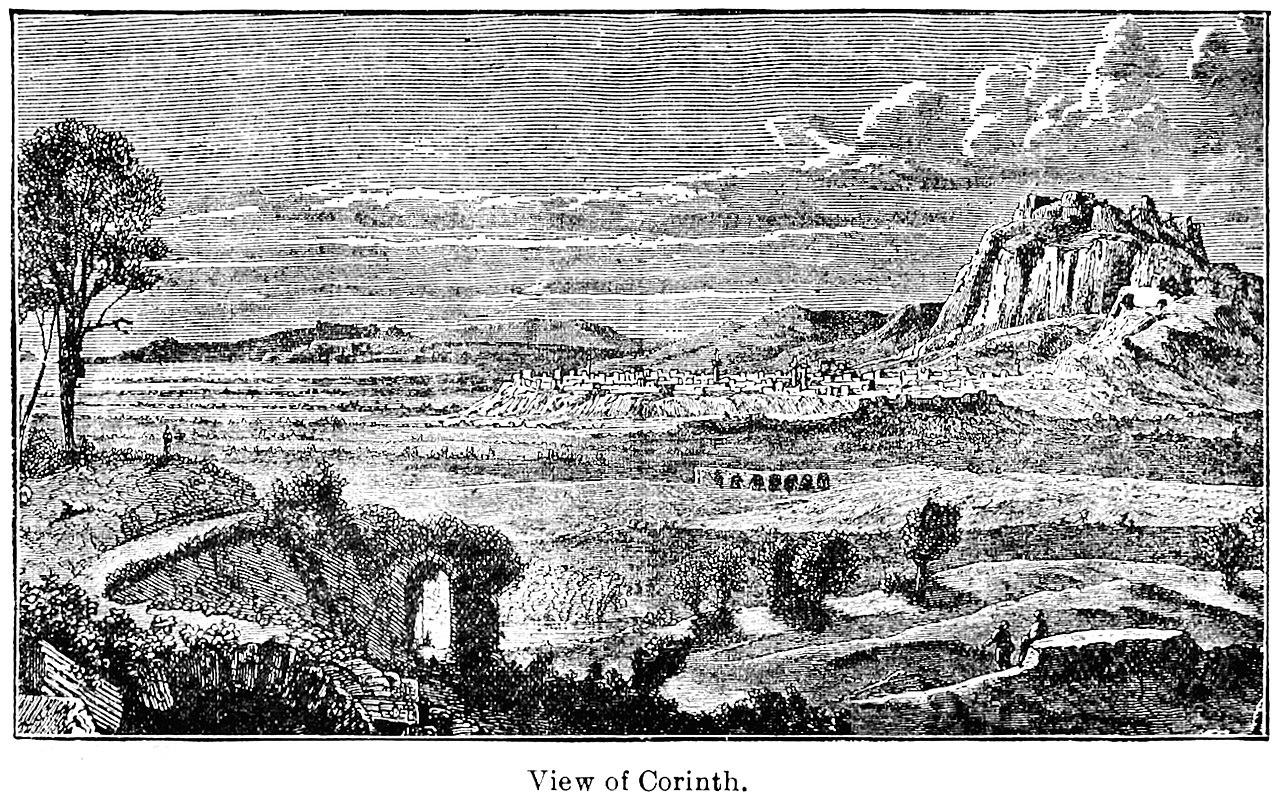 Quote: “indeed, while a ruler like King Sisyphus of Corinth temporality got away with killing travels and guests to maintain his grip, his violation of Xenia and bad treatment of guests were eventually punished. — revisioning war trauma in cinema

Now, there have been hundreds, if not millions of kings throughout history. Many if not most are being remembered today, not thought of today, and lost to history. We have an ambivalence to their modern world and struggle. But Sisyphus is not one of these kings. His name has echoed through time, for the very reasons I mentioned earlier. Along with a cohort of other great betrayers, like Benedict Arnold, and Judas. Who sold out fellow men, for his own greed, and misdirection. While they vacationed on his beaches and slept in his rooms. Imagine best western, or the Hilton killing every 30th guest we would want the god of thunder, to do something.

Sisyphus was not the only child of Aeolus(E-O-Luhs). Salmoneus was Sisyphus’s brother, a king in his own merit, that ruled over modern-day Pyrgos, which is in Elis. A kingdom that was not too far away from Sisyphus’s. Which must have caused a bit of tension. Because at some point in Sisyphus’s life he made a trip to visit a mystic that has as much name recognition as Zeus does.

The oracle of Delphi is an interesting character; in Greek history books. Some say, that it was a mad-women, that danced around in fumes giving off predictions. While others say that the oracle was this calm, and collected brilliant woman. 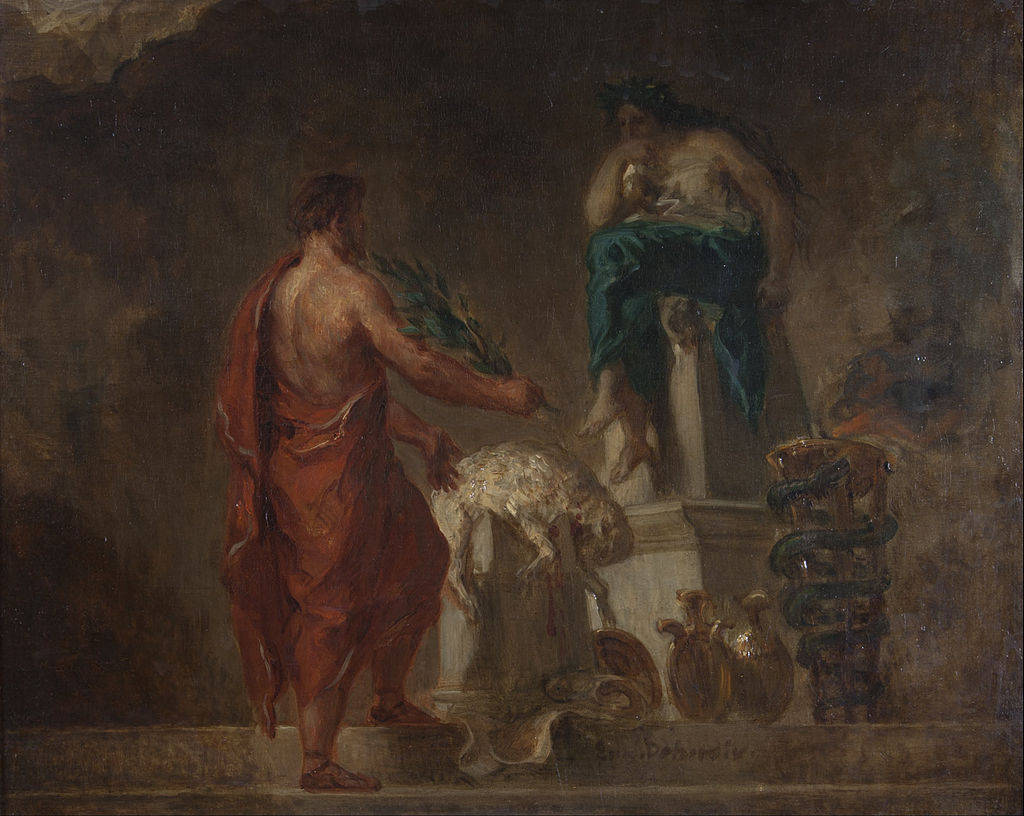 Speaking only in poetic structure. Called Dactylic hexameter. A long syllable and two syllables five times, then a long syllable and short syllable. An example off of Wikipedia is as follows: Down in a | deep dark,| dell sat an | old cow | munching a | beanstalk. now for those of you who don’t know what a dell is, it’s a small valley with trees. 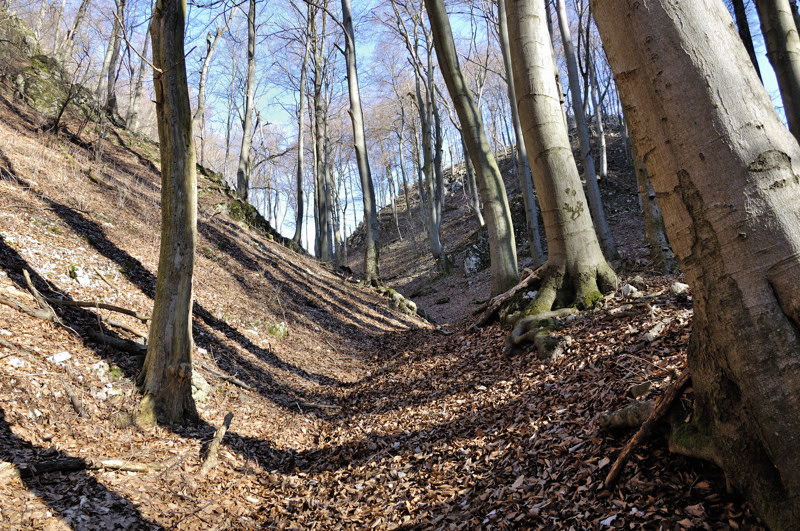 Dell in the little Carpathians Image From Wikipedia

Now, the Oracle isn’t known much about for a very interesting reason. They didn’t it was important to talk about what the oracle was like. They assumed everyone knew.

Our own great speakers have this certain cadence that everyone knows. President Obama, for instance, has this slow, and deliberate tone. That wouldn’t need any explanation to modern Americans. This is how Grecians felt about the oracle. It was so common that no person would have thought to write it down, It seemed too obvious, to say anything.

Nevertheless, Sisyphus goes to the Oracle and asks how to kill his brother, without any consequence. Which is an interesting request. For it would be harsh to kill his brother, but not unexpected. I mean these people are barbarians. By today’s standards, yet he requests that it not give him any consequence. Something it seems is a pattern about Sisyphus. He may have been brutal but he wasn’t stupid.

Now it’s said that in one of his plans, he seduces his brother’s daughter, in an attempt to overthrow him. And when they say seduce they mean have sex. Sisyphus had children with his niece, which is why I say these people were barbarians. But when she, Tyro, finds out this was his plan all along, she kills them all anyway. So, that plan didn’t work either. But it was sure to piss off his brother for the entirety.

One of Zeus’s Daughters

Now, in the intro, I mentioned that the Greeks, and the gods, had pretty good relations. It wasn’t these sort of gods, that only appear once or twice, and we take their lessons forever. No, it was pretty common that Zeus would come down, have lots of sex, and make new kings. I mean the past on this guy was huge, but anyways. One of these was Aegina, whom Zeus had a child with, and gave an island.

Aegina awaiting the arrival of Zeus Image From Wikipedia

Named Aegina now, it looks like a place I would want to visit. So, Aegina and the child Aeacus who would later become king of the island live there. 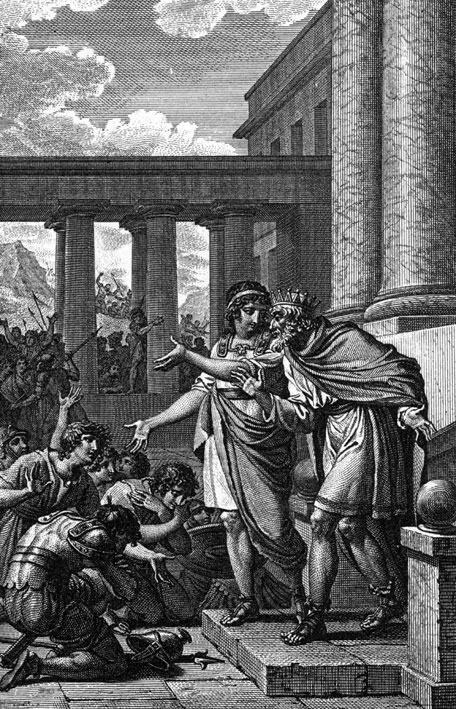 Aeacus and Telamon From: Wikipedia

But her father wanted to know where Aegina was. Not an unreasonable request. Sisyphus gave away the location of Aegina to the father. Now I tried finding what happened after this but didn’t get very far. What we do know is this:

Upon finding out about this, Zeus instructs Thanatos to kill Sisyphus. Now, I won’t place a value judgment on right or wrong. But I’ll say this if you are going to betray someone, the god of thunder, and the skies aren’t my first choice. He might hold a grudge, it’s a mean, and powerful enemy to make, and god-damn was his fate coming.

But don’t forget Sisyphus is clever. He saw through Thanatos’s request to die. Because they would ask, which is ya know funny. But Sisyphus saw through this. Thanatos is not the usual guardian to death, it is Hermes. Upon meeting Thanatos, he asked how these mystic chains worked. Thanatos agreed and chained himself and Sisyphus escaped, which is fucking crazy.

Now with the devil locked up, no in the world would die. Which hey is good, for some, but pissed off the gods, and everyone complained to Zeus. The god of war begged Zeus to do something. And Zeus was already about to kill this mortal. He was ready to exact revenge.

Sisyphus was to roll a big boulder up a steep hill, and upon its completion, he would be set free. 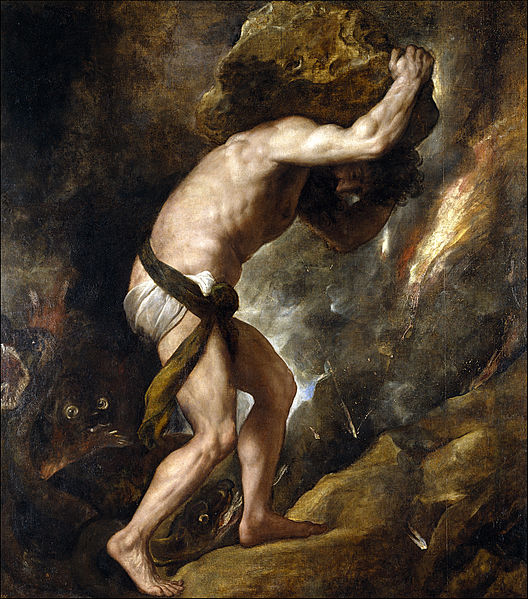 The boulder rolling back to the bottom before it ever reached the top. With Sisyphus, to watch as his toils and efforts rolled away from him.

Reconstruction of Marathon by Polygynous From Wikipedia

But with no other options, he must retrieve it, and push it up once again, only for it to roll back to the bottom once again. And he was cursed to do this forever.

What I find interesting about the myth of Sisyphus is the punishment, and it’s novelty. Zeus gave no way out.

Now you might say this is a blessing. I am venturing into philosophical territory now, that it is a blessing to be able to do the same thing over, and over. How many different ways would it be possible to go up the hill? How much fun it would be to roll down the hill on the boulder? What great time to think while pushing it.

We would never be able to see anyone ever again, but we must imagine Sisyphus as happy. This is the interpretation of Albert campus, Quote “I leave Sisyphus at the foot of the mountain. One always finds one’s burden again. But Sisyphus teaches the higher fidelity that negates the gods and raises rocks. He too concludes that all is well. This universe henceforth without a master seems to him neither sterile nor futile. Each atom of that stone, each mineral flake of that night-filled mountain, in itself, forms a world. The struggle itself toward the heights is enough to fill a man’s heart. One must imagine Sisyphus happy.”

But one must learn this lesson over a lifetime, that such acts are un-doable, but this is OK. If we only judge ourselves by accomplishing goals, we may face a task that is un-winnable. Where the gods, have cursed you to repeat it over, and over again. If we are not able to enjoy it. Then we are re-signed to torture. but if we change our outlook, then we have a chance at happiness, even if the gods, do not want us to be.